Depression is more than just a low mood - it's a serious illness. While we all feel sad, moody or low from time to time, some people experience these feelings intensely, for long periods of time and often without reason. People with depression find it hard to function every day and may be reluctant to participate in activities they once enjoyed.

Depression is one of the most common of all mental health problems. One in five people experience depression at some stage of their lives. 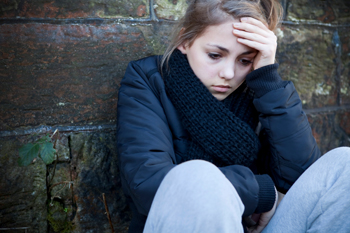 Anxiety disorders are common mental health problems that affect many people. Approximately 25 per cent of the population have an anxiety disorder that warrants treatment at some time in their life and up to another 25 per cent have less severe anxieties such as fears of spider and snakes.

Not all anxiety is a disorder

Everyone experiences anxiety and fear at times; they are normal and helpful human emotions that help us deal with danger. However, some people experience excessive and irrational anxiety, and worries that become ongoing and distressing and that interfere with their daily lives. This may indicate an anxiety disorder. Often there appears to be no obvious or logical reason for the way the person feels. This may make an anxiety disorder even more worrying to the sufferer.

The cause of panic attacks is unknown but they may be related to a chemical response in the brain, caused by actual threatening or stressful events or by thinking about stressful events. The brain response leads to physiological changes in the body, such as shallow breathing and rapid heartbeat.

Panic attacks can be frightening. Some people say they feel like they are going to die or go crazy. People affected by panic attacks may avoid situations in which they think attacks might occur. In some cases, this may lead to the development of other anxiety disorders including agoraphobia. 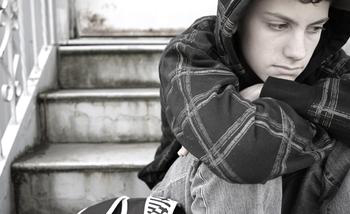 Types of anxiety disorders
Anxiety becomes a disorder when it is irrational, excessive, too persistent and attached to situations that do not warrant it and when it interferes with the person’s daily life. Anxiety disorders include:

Social phobias
People with social phobia are afraid of being negatively judged or evaluated by others. This leads to fear of doing something that may humiliate them in public – for example public speaking, using public toilets, eating and drinking in public, writing in public, or any social encounters such as parties or workplaces.

Some social phobia sufferers may only fear one type of situation. Others may be concerned about several types of situations. This can lead them to avoid the feared situations, which can lead to severe isolation.

Specific phobias
A person with a specific phobia has a persistent and irrational fear of a particular object or situation. They may fear animals, places or people. Fear of the object or situation is so severe that a person may experience physical symptoms and panic attacks. Fears may include dogs, blood, storms, spiders or other objects or situations but, in all cases, the anxiety is both excessive and interfering.

The adult phobia sufferer usually knows that their fear is excessive or unreasonable. However, their need to avoid the object, place or person can significantly restrict their life.

Panic disorders
Panic or anxiety attacks are common. Panic disorders are less common; they affect about two per cent of the population. For a person to be diagnosed with a panic disorder, they would usually have had at least four panic attacks each month over an extended period of time. Often panic attacks may not be related to a situation but come on spontaneously.

Panic disorder may be diagnosed if panic attacks are frequent and if there is a strong and persistent fear of another attack occurring.

Obsessive compulsive disorder
People with obsessive compulsive disorder (OCD) have intrusive, unwanted and involuntary thoughts or impulses (obsessions). They also feel compelled to perform behavioural and mental rituals (compulsions) such as excessive handwashing, showering or checking. They are usually aware of the irrational and excessive nature of their behaviour.

Reactions of grief, shock and anger are normal after traumatic events. However, people with post traumatic stress disorder experience severe, prolonged and intrusive reactions that dramatically affect their daily life. These may include intrusive thoughts or images of the traumatic situation that are as distressing, or more distressing, than the original event. Often people begin to avoid reminders of the trauma, including places or similar situations.

Anxiety disorders can have serious effects
An anxiety disorder may lead to social isolation and clinical depression, and can impair a person’s ability to work, study and do routine activities. It may also hurt relationships with friends, family and colleagues. Depression can be a serious illness with a high risk of self-harm and suicide.

Where can I get help?

When you book online, please do not come to our physical address. The receptionist or doctor will ring you at your appointment time and organise your phone consultation. Due to the current unpredicted situation expect your phone call one hour before or after your booked time.